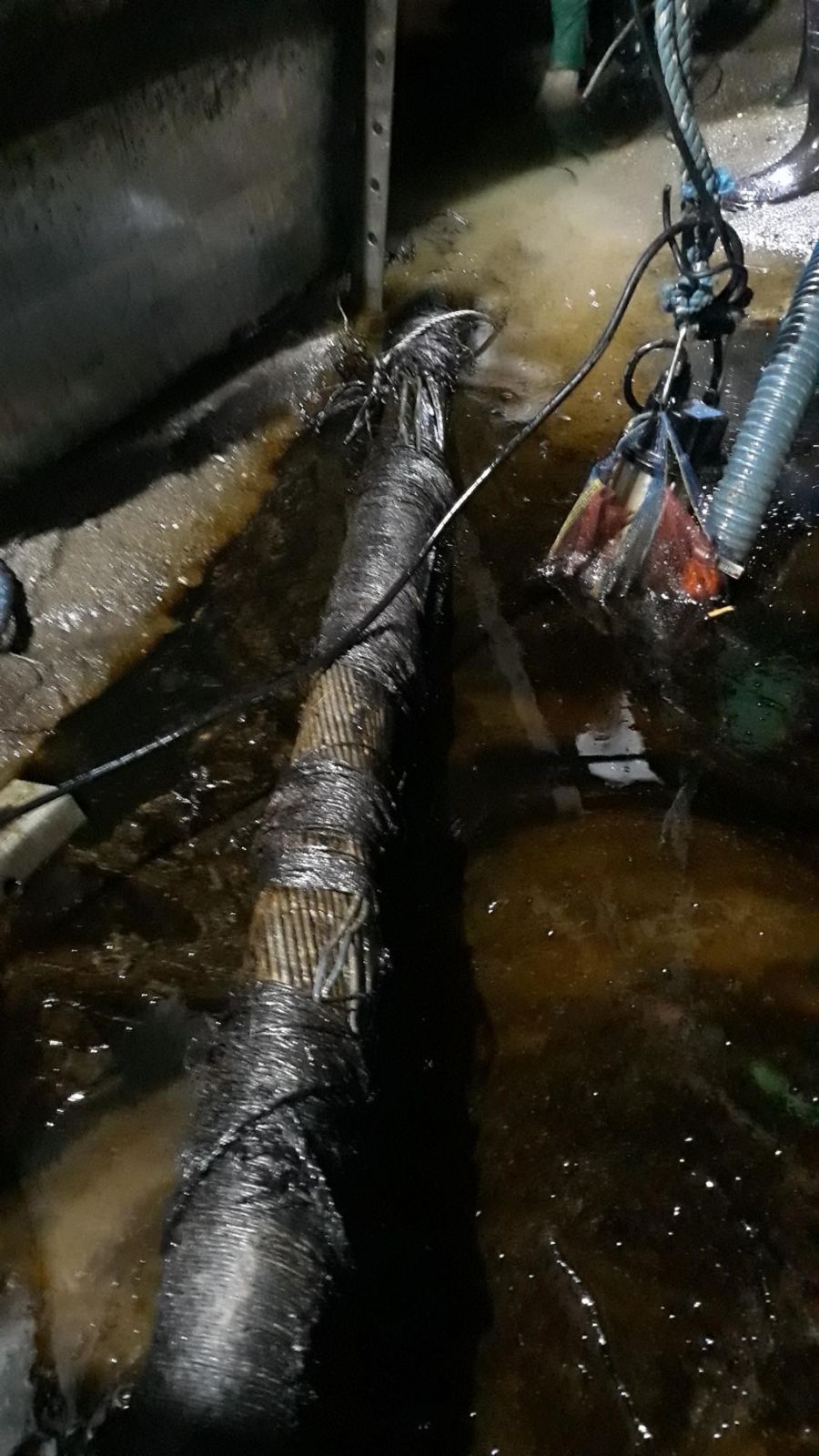 NGCP is working to repair one of its 138kV high voltage submarine cable which was damaged during dredging and re-channeling activities undertaken by the Department of Public Works and Highways (DPWH) along Bio-os River, Brgy. Jagna, Amlan, Negros Oriental last 15 June. The cable, which interconnects Negros and Cebu, has two circuits of 138kV submarine cable with 90MW capacity each or a total capacity of 180MW.
Because of the damage to one of the two circuits, transmission capacity is currently limited to 90MW between the two islands. NGCP's System Integrity Protection Scheme (SIPS) was automatically activated after the incident to isolate the affected circuit and prevent overloading of the remaining cable.
Initial reports received by NGCP indicate that a contributing factor to the incident was the deviation on the agreed work site by the DPWH. NGCP has requested the Local Government of Amlan and the DPWH to temporarily stop their operations, and immediately implemented measures to contain the oil spill.
“It is unfortunate that this happened at such a crucial time when electricity is critical to COVID19 response efforts. NGCP assures its stakeholders that all hands are on deck to restore the affected facility and mitigate the impacts of the oil spill and scattered cable debris,” the company stated.
The extent of the damage was fully assessed on 23-24 June. Coordination is ongoing with partner foreign technical experts for the commencement of actual repair activities. NGCP is a Filipino-led, privately owned company in charge of operating, maintaining, and developing the country’s electricity transmission grid, led by majority shareholders Vice Chairman of the Board Henry Sy, Jr. and Co-Vice Chairman Robert Coyiuto, Jr.###